Tuscany is probably the most popular and renown region in Italy, known for its undulating hills and picturesque villages and towns. In these beautiful and peaceful surroundings, one finds many unique properties, from charming farmhouses on large grounds with cypresses, olive groves and vines, to apartments in historical buildings. 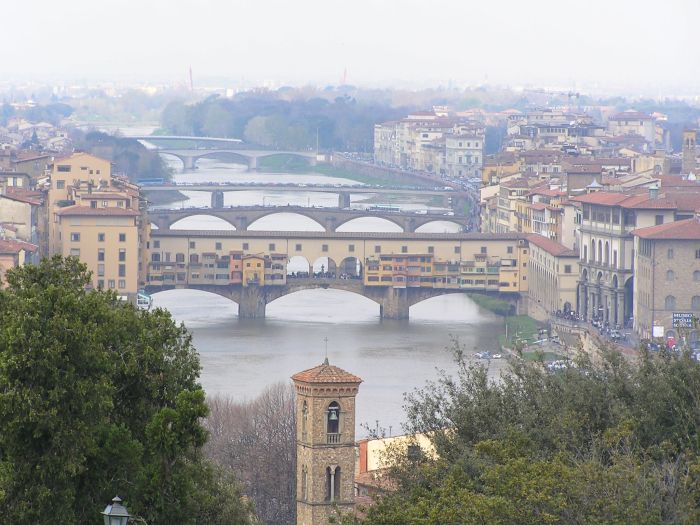 Tuscany – a chest of treasures to be visited again and again
Tuscany shares boarders with Liguria and Emilia-Romagna in the north, with Marche and Umbria in the east and with Lazio in the south. Tuscany covers and area of 23 000 km² (a bit larger than Wales) and has approximately 3,6 million inhabitants. Florence, the capital city of the region, is located in the northern part of Tuscany and is home to some of the best renaissance artefacts and buildings in the world. Here you find, among others,  the famous Santa Maria del Fiore cathedral, the Uffizi- gallery, the Ponte Vecchio bridge, Palazzo Pitti with a unique art collection and much, much more. Other interesting towns in Tuscany are Pisa with its falling tower, the medieval towns of Siena and Grosseto, and the delightful town of Lucca.
Tuscany also has a seaside
Although Tuscany often is portrayed as an inland region with rolling hills sprinkled with dark green cypresses, Tuscany also has a wonderful coastline. The western part of Tuscany opens up to the Ligurian sea where we find resorts such as Viareggio, Golfo di Baratti, San Vincenzo, Marina di Bibbona and Castiglioncello. Between Livorno and La Spezia there is a continuous stretch of beach with restaurants, hotels and seaside promenades. Italians are also fond of their beaches and sea, thus the month of August and most summer weekends might see some crowded beaches.
Villages and rural areas are popular for property investments
Most visitors to Tuscany visit the coast and the large towns such as Florence, Pisa, Siena and Grosseto, but when it comes to buying property, it is the smaller villages and the more rural areas of Tuscany, like Val d’ Orcia, San Casciano dei Bagni, Radicofani, Pienza, Montepulciano, Castiglion d’Orcia, San Quirico d’Orcia and Val di Chiana (included Cetona, Chiusi, Sarteano, Chianciano Terme) which attracts most people.
As Tuscany is a popular place for foreigners to invest in property, the region is pricier than, for example, Umbria and Abruzzo, but here is a very good and extensive selection of properties. It has also become easier to travel to Tuscany. Both Florence and Pisa are international airports and have weekly connections to several destinations in Europe.
Use the search function to the left to look for properties in Tuscany, be it farmhouses, apartments, villas or historic properties.
Casa Bel Sole - Your property finder in Italy! 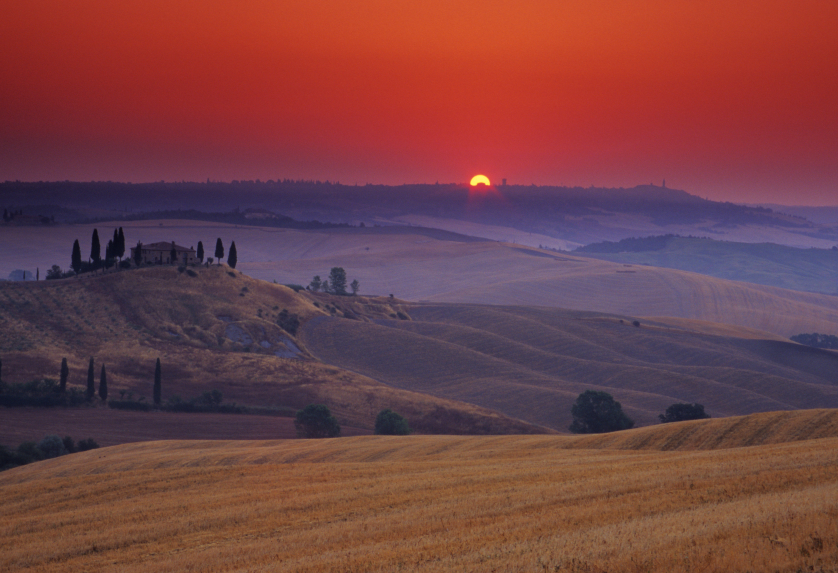 The sun sets over the Tuscan landscape